Are you thinking of Buying or Selling Real Estate this winter? Is it better to wait or be in the market now. As with many things related to housing, "it depends".

Traditionally, sales slow after Thanksgiving and start to pick up again after the Super Bowl and gain full momentum when March Madness is over. Historically, a ton of activity is logged during the Spring and Summer with the market starting to slow again as we go into the Fall months. Or, as I heard one agent say, the weather cools and so do sales.

Let's throw all the above out the window and look at what we might see over the next 6 months and please take this with some degree of skepticism because I do not have a crystal ball. 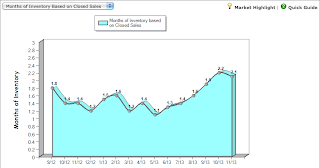 During 2013 we saw sharply rising prices due to extraordinarily low interest rates and severely depressed inventory in many neighborhoods. There was also a major pullback of bank owned REO foreclosures and as prices increased, fewer and fewer shortsales. Because there have been an unprecedented number of "all cash" buyers as well as buyers willing to waive appraisal contingencies (and make up the difference in valuation out of pocket), price acceleration happened at a faster pace than appraisals normally would have supported. But then a funny thing happened on the way to the next housing bubble: the market leveled off.

The tipping point was when interest rates accelerated almost 1% over a 5-6 week period when the Fed started hinting at cutting back on quantitative easing. That was most likely the last straw for many buyers who were worn out after making multiple offers they missed out on. 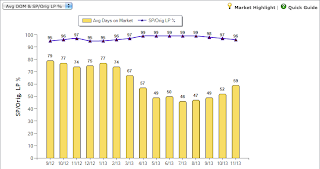 Curiously, at about the same time, many sellers were going "Ah, prices are finally going up, this is a great time to sell". Not to be disrespectful here, but many of those sellers were also expecting to get a "deal" on their purchase. You know, the old sell high, buy low, I'm smarter than everyone else. Good luck on that.

With increasing prices and the national media touting how much home values were going up, it was inevitable that more sellers would venture into the market. The result of that was, not entirely unexpectedly, that as buyers saw more inventory, some of the pressure to buy started to wane and many properties are now languishing on the market for longer and longer.

Is it a Buyer's market? Not quite by a long shot for most properties and most cities. We define a Buyer's Real Estate market as more than 6 months of inventory on hand. That means that there are enough homes for sale that if no more properties were listed it would take 6 months for the existing inventory to sell. A Seller's market is less than 3 months of available inventory. If there are between 3-6 months of available inventory, the balance between Buyers and Sellers is considered to be equal. 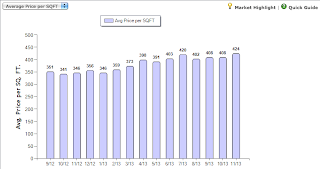 Back to the original question: is it better to sell or buy a home this winter or wait until the Spring buying season. The answer is still "it depends" on what your needs and goals are for buying or selling.

Three to six months from now we are most certainly in a different cycle. Many economists are predicting that interest rates will continue to creep up and be higher than they are today. For most buyers and most products, they are still under 5% and often considerably so. While this is not the 3.25% on 30 year fixed rates that helped fuel the run up, under 5% is still historically a great rate. As a buyer, ask yourself what you can afford if rates go up another 1% (from where they are now) and prices go up 3-5%. If you are happy with the answer, then waiting until there is more inventory may well serve your purpose as you will have more to choose from. But you also will certainly have more competition than you will have in December or January. And, there is no guarantee that the inventory is any greater than it is now. Most of the pundits who track these things expect inventory to remain constrained throughout 2014 even though sales are expected to be strong.

As a Seller, where does this leave you? 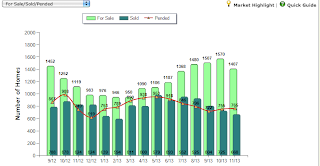 For one thing, there are still many Buyers in the market right now and if you price your property to sell, it will be in escrow in 30 days or less. That's a good thing. But don't expect to see 20% above the last comparable sale. We're now in a cycle of most likely 3-5% appreciation for the 2014 unless interest rates go up significantly which may lead to flat prices.

If you are committed to selling, for whatever reason, there is no benefit in waiting. You can still negotiate favorable terms while Buyers have less to choose from and you take the risk of market volatility off the table. Remember that when the market turns it is often quite rapidly and with little warning.